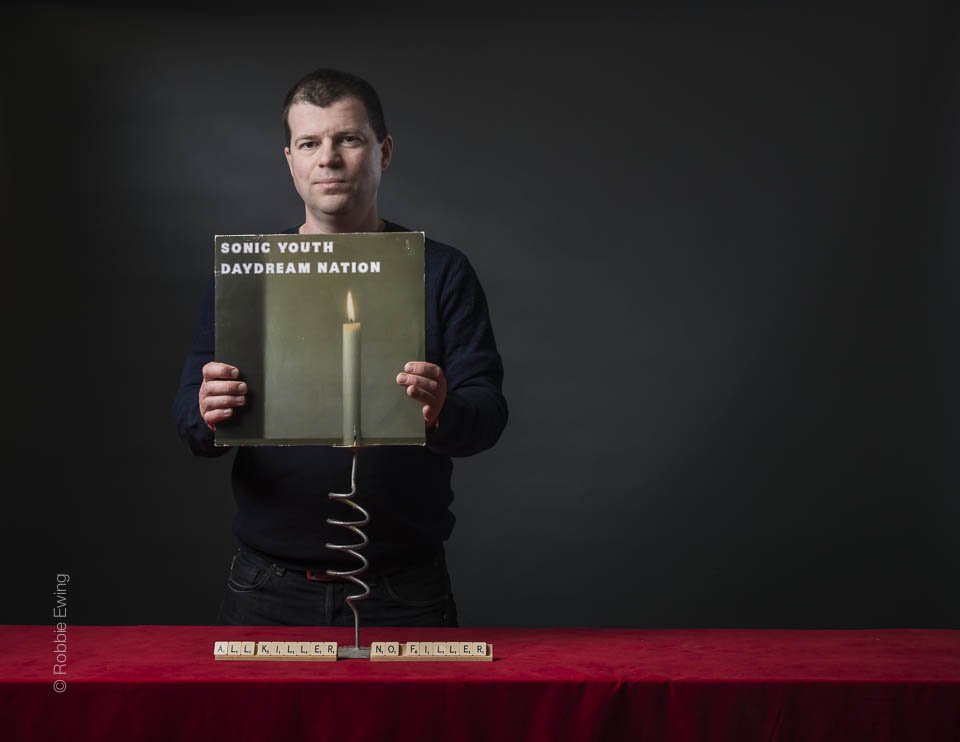 This was fun and also relatively easy self portrait photograph to set up. I was taking some products shots and had the lights set up and just changed the background and set up the lights with different modifiers. Props from around the house, the scrabble letters get used more for photography than as a game.

Background to the shot I was listening to Radio 6 ( as I normally do most days ) last Saturday and Liz Kershaw was talking about the show for Saturday 4th May and how it was her 25th anniversary of being let loose on BBC Radio. To celebrate she wanted to know the best album for her All Killer, No Filler feature from 1988, Daydream Nation got mentioned and I chipped with my support for that album by email. I got email back from producers asking if I wanted to chat about it on the show eeck ! Got to be honest at this point and say while it was a favourite album many years ago it hasn’t been playing in a long while since it on vinyl and I got rid of my deck years ago. I then headed off to iTunes to buy it. I’ve been listening to the album all week and its still great. Loads on energy,  great guitar riffs and lovely melodic breaks downs and clear vocals over buzz guitars. The first track Teenage Riot is a classic, and the one I chose for the show.

For the photographers out there here’s the lighting set up. 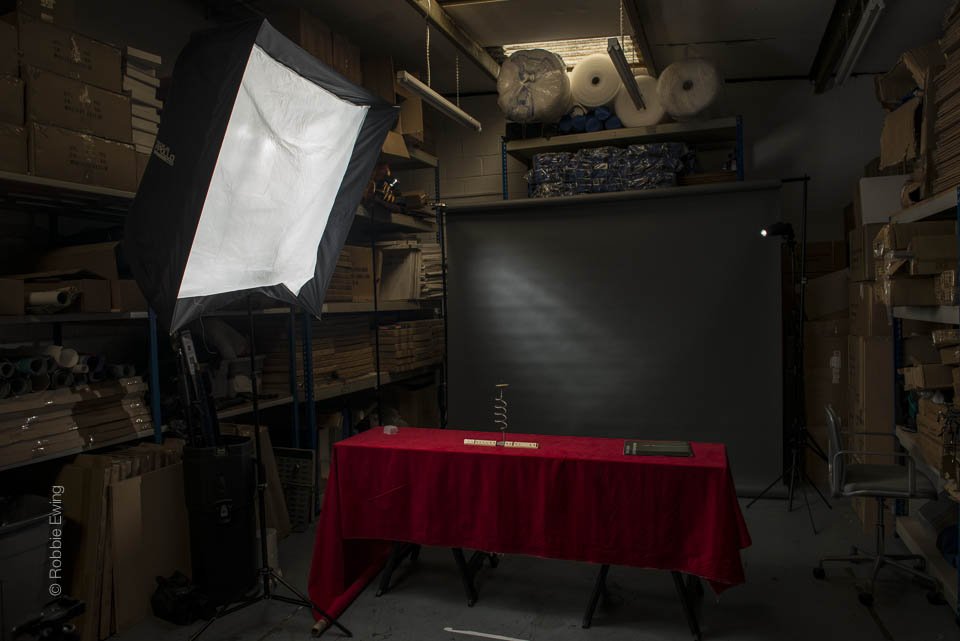 Three flashes used main soft box on me and the table, gridded unit on the back ground on very low power and then a snooted flash unit behind right also on low power adding some fill to the shadow side of my face.